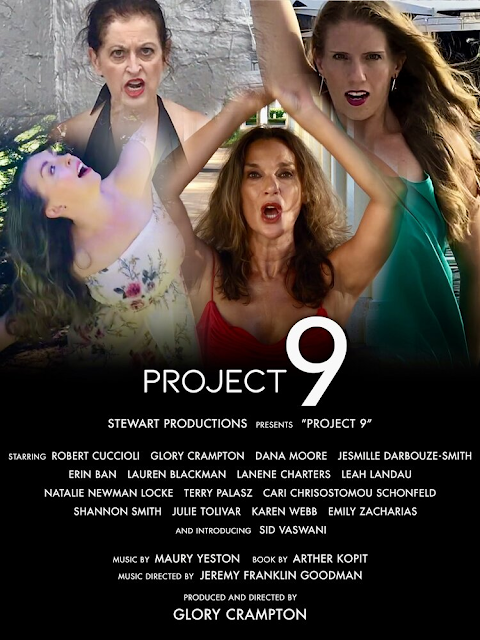 Global singing star and Broadway actress Glory Crampton will star, direct and produce a 15-minute online video tribute to TONY Award-winning musical NINE. The show will receive its YouTube Premiere at 7pm on April 28th. Click here to attend the show Project 9 online video première honoring NINE the musical — Glory Crampton . Guests will be invited to attend the show, chat with the cast, and interract with the post-show Q&A Glory Crampton decided to cover the musical by Maury Yeston and Arthur Kopits, following the recent effect the lockdown had on the industry. Crampton felt the story of Film Director Guido Contini, who is facing an identity crisis, loss of purpose, and creative blocks. She felt he was helped to heal by the female cast, helping him accept the "new normal". This was something that acted as a metaphor for the Broadway Community during the pandemic. Glory Crampton has featured in over forty productions, including the lead role of "Christine" in th
Post a comment
Read more 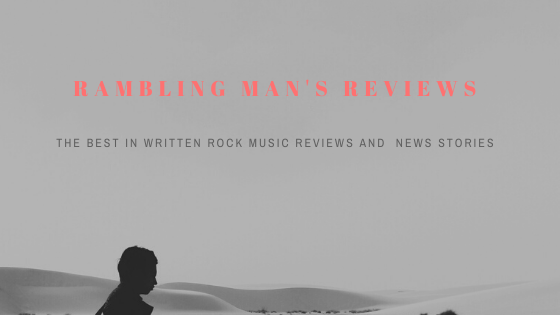 Welcome back to the latest Rambling Man's Playlist. Today I look at the best new releases from the past week in the world of rock and metal. This week promises to be more diverse than usual. Click below to see what fascinating tracks there are;
Post a comment
Read more 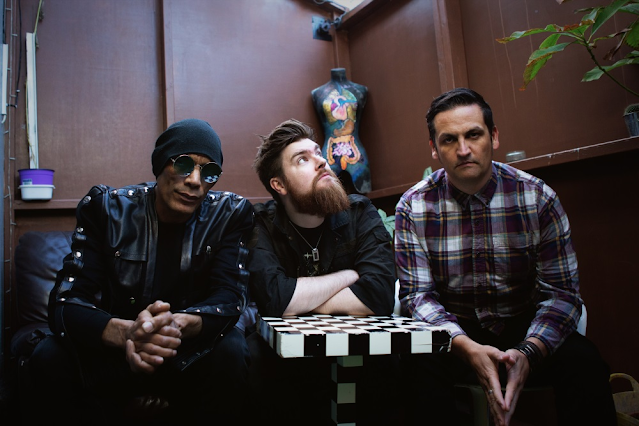 UK rock trio Black Orchid Empire has released a live session video for 'Motorcade', celebrating the release of their live EP, Live In The Studio, out today (16th April 2021) via Long Branch Records. Live In The Studio features one song from each of the band's critically acclaimed full-length albums. These ferocious performances showcase the Black Orchid Empire's huge sound and machine-like tightness, as the three-piece thrive in their natural environment - the recording and rehearsal space that gave birth to so many of their monstrous riffs. Guitarist/vocalist Paul Visser comments: "Playing live in front of an audience is always an incredible experience, but much of our music was created in a more personal and isolated place. Filming three of our favourite songs in the room in which so many of them were written, thrashed out, and recorded was an amazing experience which we can't wait to share!" Black Orchid Empire creates huge, memorable rock music that co
Post a comment
Read more 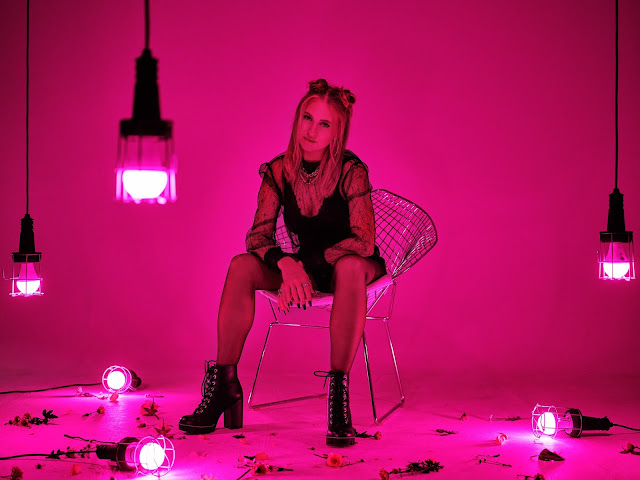 Music Review- Katie Drives-Maniac Photo Credit: Felix Albertin German Singer/ songwriter Katie Drives has released her debut single "Maniac" on April 9th. The singer discovered her passion for music early on while singing covers and working behind the scenes in the music industry. Katie decided to go into the studio during last year's lockdown with producer Ole Kuhlmann to record her first set of materials. Her sound is described as a 2000s pop-rock influenced by acts such as Avril Lavigne , Paramore, and Pvris . "Maniac" is a guitar-driven track about how past experiences still affect you today. The opening synthesizers reflect a stark contrast to Drive's impassioned vocals. which soar over an edgy guitar sound. The singer's classical background help shape her voice and tone here. as her raw emotions are truly explored.  You can listen to the track below. Katie Drives hopes to release debut EP "Fake Smiles" this August  MUSIC INTERVIEW-KATIE
Post a comment
Read more 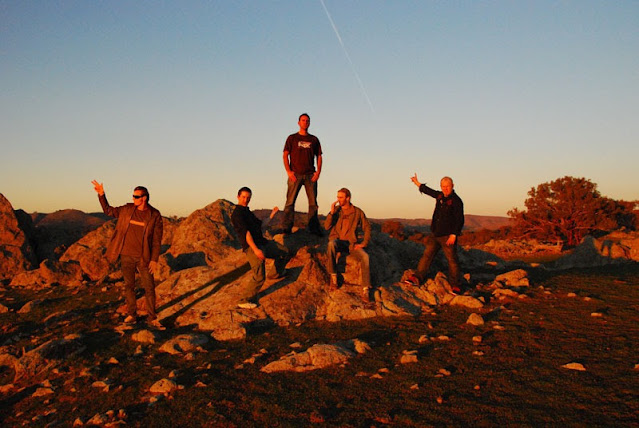 Mushroom Giant has announced the re-release of their 2014 album Painted Mantra through Bird’s Robe Records. Remastered and available on CD, the record showcases the Australian instrumental band’s original progressive music. Known for their live performances, which offer an aural and visual experience that transcend the conventional rock band, they explore a theatrical realm full of colour and imagery. Formed in 2002, the band has become a legendary part of the Australian underground music scene and performed alongside many notable post-rock artists including Pelican, sleepmakeswaves, We Lost The Sea, Dumbsaint, Solkyri, and many more. Released in celebration of the 10th anniversary of Bird’s Robe Records, the new edition of Painted Mantra is a gateway for fans to discover this incredible band and the dark energy they bring to music. Tracklist 1. The Drake Equation 2. Four Hundred and Falling 3. Scars of the Interior 4. Aesong 5. Event Loop 6. Primaudial Soup 7. Triptych 8. Lunar Entan
Post a comment
Read more 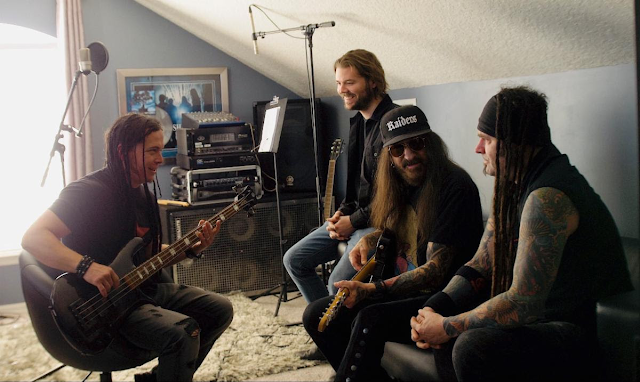 Photo Credit: Thomas Crane sALIVA has revealed the second single, “Click Click Boom,” from Every Twenty Years , an EP featuring re-recorded classics with current vocalist Bobby Amaru to commemorate the twentieth anniversary of their major-label debut, Every Six Seconds. “Re-recording ‘Click Click Boom’ was much easier than the original recording because we already had the blueprint laid out for us,” says guitarist and founding member Wayne Swinny. “There was no need to alter anything because the original had all the right pieces in all the right places. We simply used the advances in modern technology to enhance the song sonically.” “Click Click Boom,” available now via digital music providers , remains one of the most popular tracks from SALIVA’s 2001 breakthrough album. “I think the combination of multiple genres of music has contributed greatly to the popularity of ‘Click Click Boom,’” Swinny says. “Producer Bob Marlette took a song which was a cool, interesting rock song and craf
Post a comment
Read more 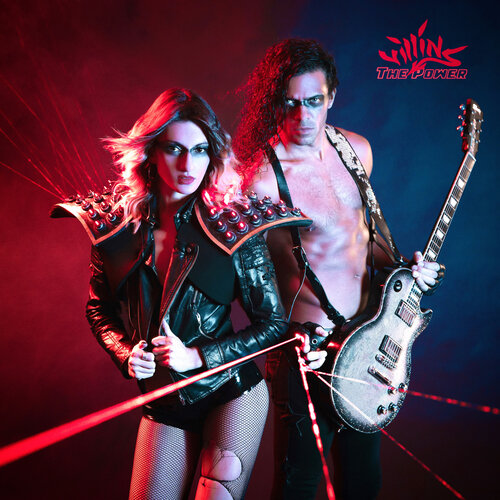 The Power EP Review New York's female-fronted duo Villins recently released their self-produced debut The Power  on March 26th. The band, featuring Jesyka on vocals and guitarist/producer Kareem "Jesus" Devlin have forged a strong fanbase within their local district, since their inception in 2016, with appearances at The McKittrick Hotel (Home of Sleep No More), and on Adult Swim's Desperate Losers. The band's fun and energetic music mix commercial appeal with an edgy rock sound and disco beats.  The four-track EP was produced by the band at the Villins HQ during the NYC Covid lockdown last year. The band's unique and dynamic approach to production and songwriting is none more apparent than on opener "Lightgiver".The slick production combines mesmerizing electric programming with the duo's tight and creative chemistry to publish a song that could very well be a radio hit. Lead Vocalist Jesyka comes across with a warm and innocuous charm on a so
Post a comment
Read more
More posts